Back to Watch + Read 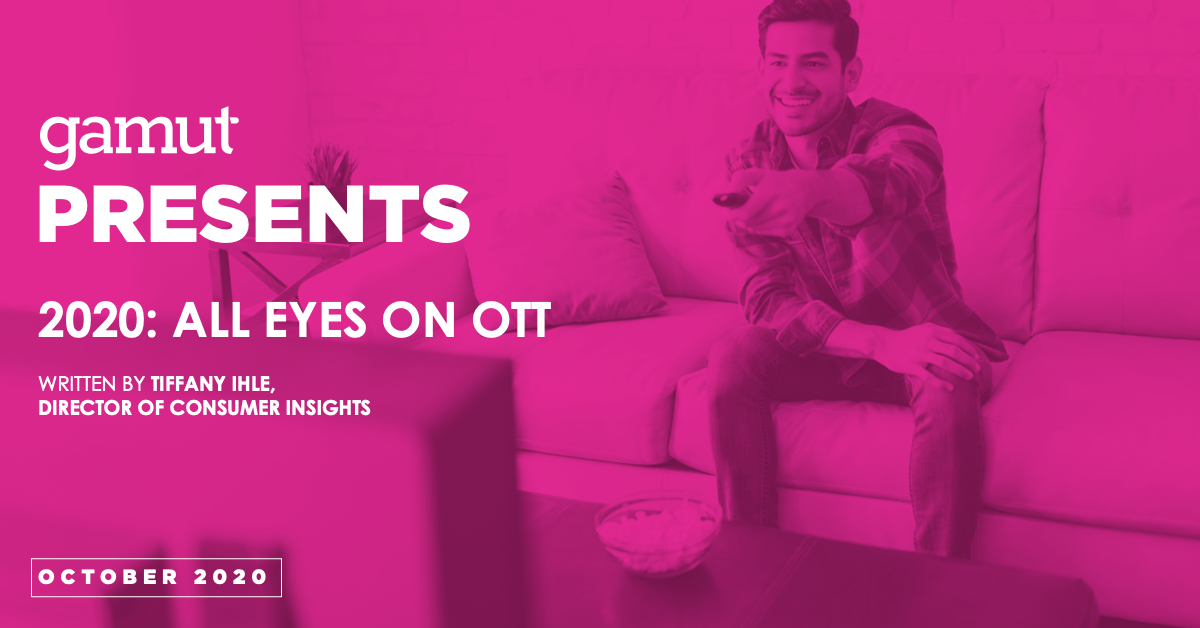 OTT Consumption Accelerates in 2020
According to eMarketer’s forecasts released in August 2020, over 225M consumers currently stream video and this audience is expected to grow annually, reaching over 69% of the U.S. population in 2024(1). Which begs the question – what is driving the increase of OTT consumption?

OTT: Embraced by All Viewers
Streaming isn’t just preferred by younger generations, in fact, viewers of all ages are OTT consumers. Younger viewers who account for a significant share of the cord never segment were the early adopters of OTT. Millennials grew up during the digital age and were naturally comfortable with streaming, while the Gen Z generation was exposed to digital video early on, likely serving as their primary form of entertainment. Gen Xer’s are starting to catch up to their younger counterparts as they let go of traditional pay-TV services and cut the cord. Boomers are the least likely generation to stream, but did see a boost over the last year.

Cost Savings Lead to Cord-Cutting
While each generation is unique and exhibits varying adoption rates, one behavior is prominent across the board. Cost is the top driver when considering to cancel a pay-TV service and the most important attribute when choosing a streaming service. The economic climate of 2020 accelerated cord-cutting causing record-setting drops in household subscriptions this year. Conversely, the number of broadband-only subscribers jumped significantly during the first half of 2020, suggesting that high-speed internet to power streaming entertainment needs remains a priority. In June 2020, Comscore reported an annual -8% share point drop among CTV viewing households that are cable or satellite customers(2). Cord stacking, streaming video in addition to subscribing to a traditional pay-TV service, is still common but the cable TV universe is shrinking due to consumers replacing a higher cost bundle package with an internet-only service. In fact, eMarketer projects there to be nearly 108M cordless consumers next year(3), meaning over two-fifths of the U.S. population will not be reachable through advertising placed on linear cable networks.

Advertising to the OTT Audience
Price-conscious streamers, hungry for content, will be attracted to ad-supported services and likely gravitate to FASTs (free ad-supported streaming TV), an emerging option for viewers. A recent study by The VAB found that over half of consumers do not mind that ads make their streaming services cheaper(4). Pluto TV reported doubling their active monthly users this summer vs. last year and Tubi announced a record reach of 33M users in August(5). As more streamers are willing to trade content for advertising, FASTs like Pluto TV, Tubi and Xumo are poised to gain more viewers in addition to the new users attained this year. This viewer growth provides an immense opportunity for brands to reach a scalable audience, so it’s no surprise that CTV video ad spend in the U.S. is projected to reach $11.1B in 2021, an annual increase of +43%(6). 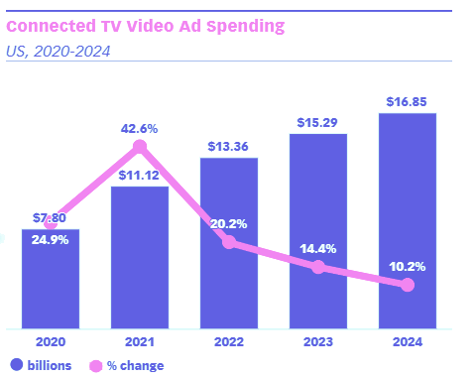 2020 was a historic year that sparked unprecedented behavioral shifts that spilled over into media consumption, driving an increase of cordless viewers and above average streaming engagement levels. Homebound viewers that had previously welcomed OTT spent more time leaning in with digital video entertainment and newcomers discovered streaming as a viable viewing method. Content is king and if OTT publishers continue to offer consumers vast libraries of live and on-demand programming, we can expect these streaming behavior trends to carry on into next year and beyond.

Back to Watch + Read